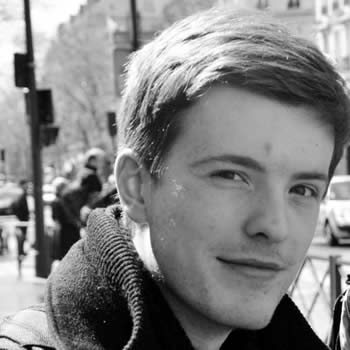 Anthony is an organist and choir director, currently based in Southwell where he is the Organ Scholar at Southwell Minster. Here, he regularly directs and accompanies the Cathedral’s three choirs as well as assisting in the training of the young choristers in the music foundation. He also directs the recently re-formed West Trent Choir.

In 2018, he graduated from Robinson College Cambridge where held the Basil Shone Organ Scholarship. He was also the organist for St. John’s Voices and the accompanist for the Cambridgeshire Choral Society. He undertook a number of major tours with Robinson College Choir, St. John’s Voices and The Robinson Consort, a group of 16 singers focussing on contemporary repertoire which he co-founded and directed, to destinations including East Asia, Switzerland, Portugal and the Opera Festival in St-Remy-En-Provence, as well as a number of domestic locations and Cathedrals.

As well as his work with choirs, Anthony has also taken on Musical Director roles for a variety of theatre productions in Cambridge including Webster’s The Duchess of Malfi, Lloyd-Webber’s Joseph and his own co-authored show A Very Brexit Musical both in Cambridge and at the Edinburgh Fringe Festival in the summer of 2018. Prior to Cambridge, held the organ scholarship at Bradford Cathedral for two and a half years and achieved the ABRSMDip in organ performance in 2014. He has played organ and harpsichord continuo for a number of major works including Mendelssohn’s Elijah, Monteverdi’s L’Orfeo and, in 2017, Handel’s Messiah across a number of major concert halls and venues in Cambridge, Hong Kong and Singapore.

Southwell Minster’s popular lunchtime concerts take place at 12.15pm on many Fridays, with performers coming from around the country to perform a wide variety of instrumental and vocal music in the spectacular setting of the Cathedral Nave.

Home-made sandwiches (£2) and hot and cold drinks (£1) are available before the concert in the south transept from our friendly team of volunteers.

Admission is free and the concerts last approximately 45 minutes. There is a retiring collection towards the cost of the concert series. Pick up a free programme upon your arrival.