This video is no longer available. 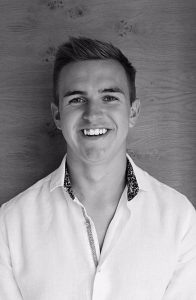 Grantham-born baritone Jack Lee was due to perform in the Minster on Friday 19 June, and has recorded his concert at home. Jack is currently in his final year at the Royal Academy of Music under the tutelage of Giles Underwood and Chad Vindin, and will be continuing his studies at the Royal Academy of Music for a postgraduate degree with the support of a scholarship and the Countess of Munster Musical Trust.

Last year Jack performed the role of Papageno at the Uppermill Summer Music Festival and the Cricket in the Royal Academy Opera’s performance of Janáček’s The Cunning Little Vixen. In November Jack won a place to perform in the Grand Final of the Bath Opera Isobel Buchanan Opera Award.

A sought-after recitalist, Jack has given recitals throughout the UK, most recently performing Schumann’s Liederkreis (op. 39) at the Royal Academy of Music and performing a selection of Benjamin Britten’s compositions at The Red House, Aldeburgh. His solo concert engagements have included Handel’s Messiah, Haydn’s Creation, multiple Bach cantatas and Beethoven’s Missa Solemnis.

Jack has been fortunate to participate in masterclasses given by some of the leading names of the industry, such as Ann Murray, Neal Davies and Brindley Sherratt, and in October last year was invited to perform in a masterclass given by Roderick Williams at the Oxford Lieder Festival.

In lieu of a retiring collection, if you enjoyed this concert, please consider donating to the work of Southwell Minster at www.southwellminster.org/donate. Thank you for your generosity.