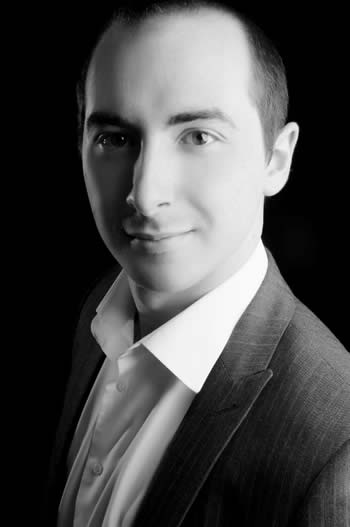 Paul Provost is Rector Chori of Southwell Minster, having previously held posts at Guildford Cathedral, Winchester College, St John’s College, Cambridge, and Manchester Cathedral. Most of his career has been devoted to liturgical music making, as part of which he combines his loves of conducting, choral training, singing, and accompanying. He has been fortunate to work with giants of the Cathedral world – notably David Hill, Malcolm Archer, and Katherine Dienes-Williams – having studied the organ with Christopher Stokes and David Sanger. He is keen to promote a broad spectrum of liturgical art music, from plainchant to contemporary works, in particular emphasizing the educational aspect of choristerships.

As an organist, Paul’s first love is the performance of liturgical accompaniments, however he greatly enjoys performing the music of J.S. Bach and his contemporaries, as well as music of a more orchestral nature. Over the years, he has given recitals in some prestigious venues, including King’s College, Cambridge, Westminster Abbey, Westminster Cathedral, Liverpool Cathedral, and Bath Abbey. Following his SMF recital, Paul will be heading down to Guildford, to take part in a series of recitals in celebration of the renovation of that Cathedral, before returning for the rest of the Festival.

Paul has always maintained a busy concert schedule, working with local orchestras and choral societies as well as the Britten Sinfonia, Southern Sinfonia, Bournemouth Symphony Orchestra, and Florilegium, and he has toured extensively in Europe, notably working at the Festspielhaus in Bregenz and the Concertgebouw in Amsterdam, and also in the USA. He has recorded with Hyperion and Regent labels, has enjoyed many radio and television broadcasts, and continues to be charged by the thrill of live broadcasting.
Once a cellist, Paul feels a strong affinity with orchestral musicians, and indeed makes the effort to bring his instrument out from time to time – often Duruflé’s Requiem is the subject, however other projects present themselves on occasion, and last year he performed an excerpt from the rarely heard sonata by Louis Vierne for cello and piano as part of a weekend commemorating 70 years since the death of Vierne.