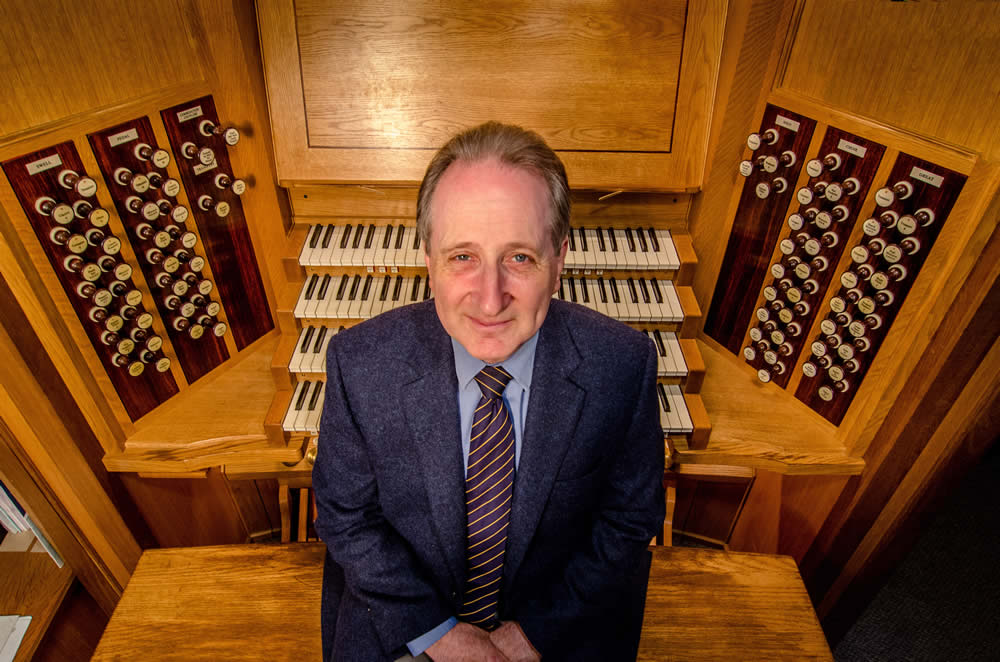 Paul is Conductor of the Nottingham Bach Choir, a diploma examiner for the Royal College of Organists, Secretary of the Diocesan Organ Advisers’ Conference, President of the Nottingham & District Society of Organists, and formerly Chairman of the RSCM Southwell & Nottinghamshire Area, a Trustee of the Percy Whitlock Trust, of the Royal College of Organists and of the Nottingham Albert Hall Binns Trust. He holds the FRCO and ARCM performance diplomas and in recent years was awarded the FGCM and the FRSCM honoris causa and the Thomas Cranmer Lambeth award (by the Archbishop of Canterbury) ‘for distinguished service in the field of church music’. Organ Adviser to the Diocese of Southwell & Nottingham, and also for the Diocese of Lincoln, Paul is now in national demand as an independent professional organ consultant; he is currently working on multiple projects in cathedrals, public schools, churches, universities and concert halls.

Paul gives organ concerts and lectures all over the world, in recent seasons being delighted to include in his concert schedule such world-renowned organs as St Sulpice and La Madeleine (Paris), Ottobeuren Abbey (Bavaria), Bergen Domkirke, Magdeburg Dom, Brussels Cathedral, Birmingham, Huddersfield, Hull and Reading town halls, both Liverpool cathedrals and most other British cathedrals, including in 2018 St Paul’s Cathedral and Westminster Abbey. He is often invited to give inaugural recitals as he specialises in demonstrating every facet of an instrument.

Paul has always enjoyed teaching the organ; his pupils and previous Southwell organ scholars are found in significant posts in cathedrals, on the concert platform and in schools and universities. He is particularly well-known for his writings on the organ (he is a consultant and author for the New Grove Dictionary of Music) and for his reviews and regular column in the international journal Organists’ Review, of which he was Editor from 1992 to 2005.

Paul is delighted to be back at the Minster today and is looking forward to playing one of his favourite instruments again, twenty-seven years after he designed its tonal scheme and oversaw its installation.

Southwell Minster’s popular lunchtime concerts take place at 12.15pm on many Fridays, with performers coming from around the country to perform a wide variety of instrumental and vocal music in the spectacular setting of the Cathedral Nave.

Home-made sandwiches (£2) and hot and cold drinks (£1) are available before the concert in the south transept from our friendly team of volunteers.

Admission is free and the concerts last approximately 45 minutes. There is a retiring collection towards the cost of the concert series. Pick up a free programme upon your arrival.