Over the course of an extensive career, renowned sculptor Peter Eugene Ball’s work has become an intrinsic part of our spiritual landscape. His final exhibition, FAREWELL TO ALL THAT, opens at Southwell Minster in Nottinghamshire on Sunday 8 August and will feature more than 50 new works for sale. Runs until 12 September.

They will include Hawton Madonna (pictured), carved from a 14th-century beam removed from the belfry floor of a local church during recent refurbishments, a life-size Julian of Norwich and a large Ship of Fools, one of Peter’s favourite subjects. Other works, both secular and religious, feature acrobats and dancers, pilgrims and mermaids.

Based in nearby Newark, Peter’s connection with Southwell dates back to a visit to the Minster in 1954 as an impressionable schoolboy. It inspired what would become a lifelong love of Romanesque architecture and the Minster itself. He served on its Fabric Committee and in 1987 his majestic Christus Rex was installed high above the nave, becoming a focus for contemplation and worship. Three more sculptures followed, as well as several major exhibitions. Peter says, ‘for me, Southwell Minster is the perfect setting for my final show’.

Peter Eugene Ball was born in Coventry in 1943. He attended Coventry College of Art and in 1961 joined the Marjorie Parr Gallery on the King’s Road, London where he had his first one-man show. At that time, his sculpture was eclectic with no religious connotations. He worked with driftwood and other found objects to create figures which often had historical, mythological or literary origins. Peter began a succession of solo shows as well as joint exhibitions with artists such as John Piper, Winifred Nicholson and John Hitchens. Sculpture became his full-time occupation in 1968.

Despite having no Christian faith, he made his first religious piece in 1974, a simple crucifix, which was bought by a priest at Westminster Cathedral. In 1986, after Birmingham Cathedral commissioned a crucifix and altar pieces, church work became an integral part of Peter’s life. He continued to exhibit both religious figures and his quirky, often witty secular sculpture throughout the UK, Europe and America.

His career now spans more than 60 years, during which time he has created over 90 works – almost certainly more than any other living artist – for churches and cathedrals throughout the UK, including Winchester, Southwark, Ely and St Martin-in-the-Fields.

He lives in Newark with his wife Jane, where he works from his garden studio and will continue to undertake the occasional commission and spend more time painting. 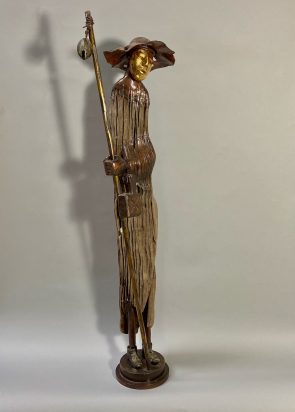 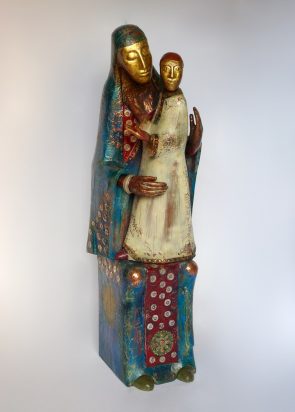 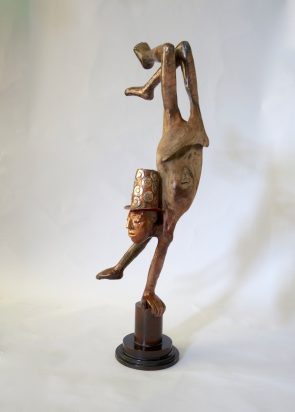 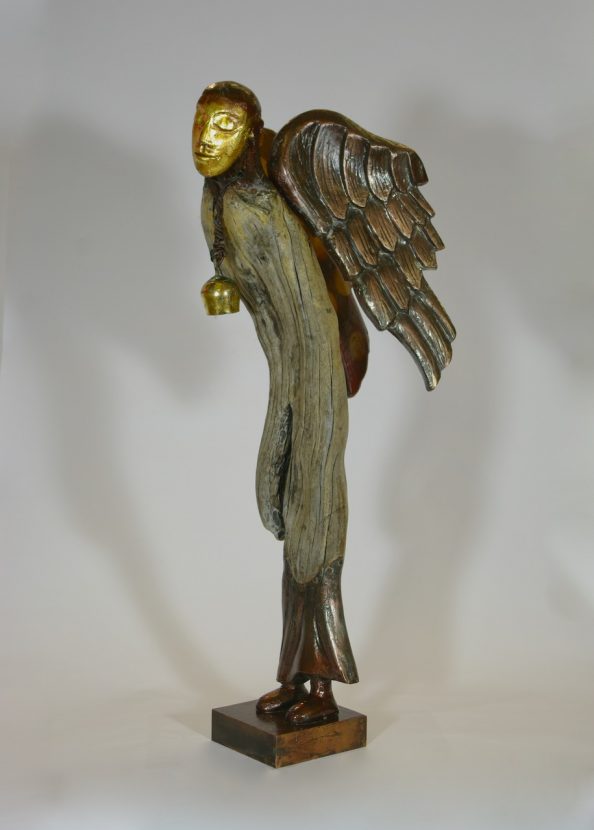 Farewell To All That 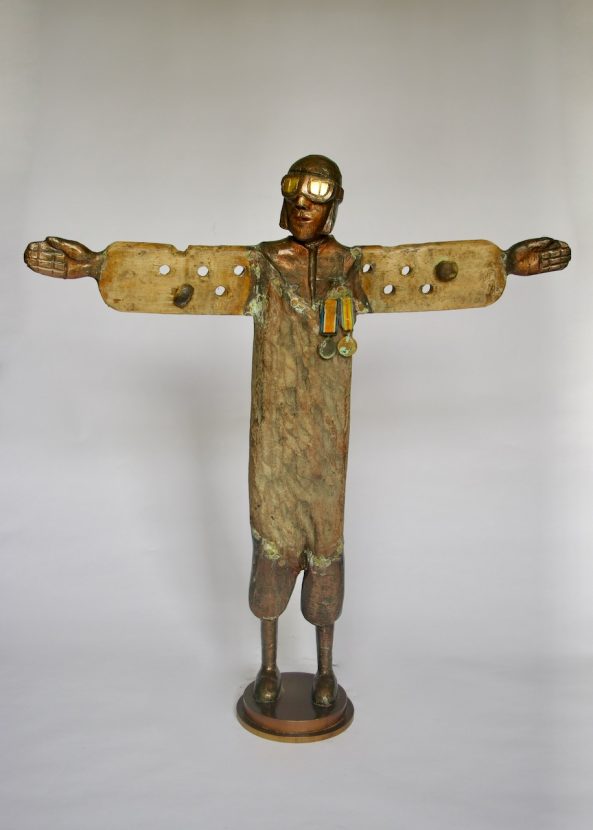 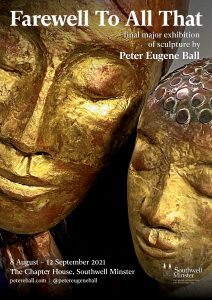