Listening to the Leaves: What can the Leaves of Southwell teach us? 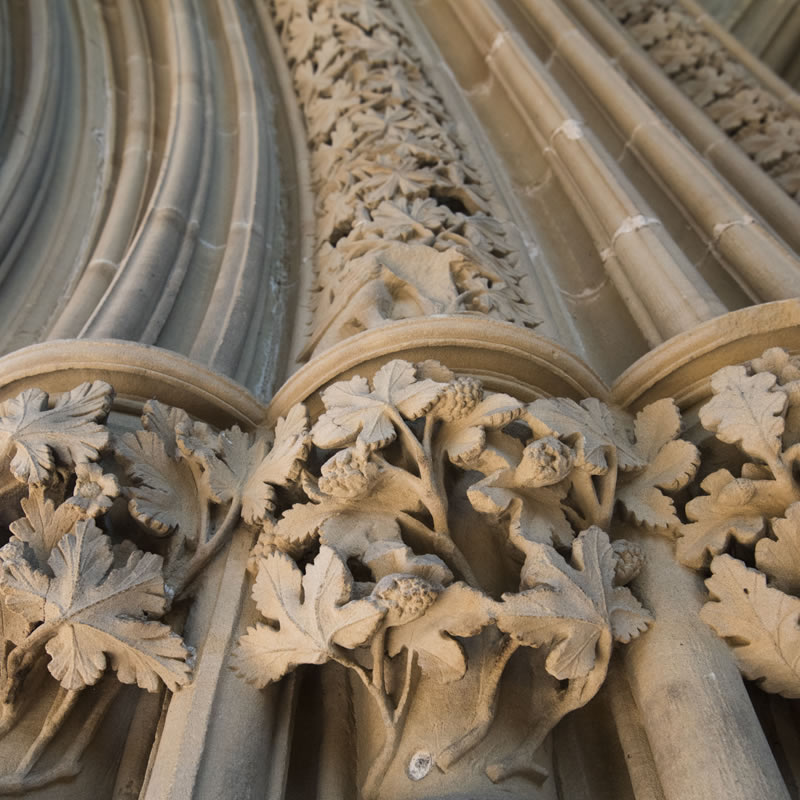 The building of the Chapter House in Southwell (1290 – 1310) coincided with an incredible period of naturalistic carvings that was sweeping through Europe at the time. Seven centuries later, the world-famous ‘Leaves of Southwell’ continue to inspire and enthral. In this talk, we will explore that life might have been like in medieval England at the time when the Chapter House was built and some of the reasons as to why certain leaves and other carvings were selected to be immortalised in stone.

Joanne’s early working life began as Personal Assistant to the Administrative Director and later the Artistic Director of the English National Opera Company in London where she could indulge her love of opera and the theatre. Later she trained as a Legal Executive and worked for some years for a busy firm of Solicitors in Brighton before moving to Nottinghamshire to concentrate on raising her daughters. She is currently a Steward and Guide at the Minster where she is able to pursue her love of history whilst welcoming visitors to the Minster, with a particular emphasis on Guided Tours.

Prior to becoming a Steward and Guide at Southwell Minster, Janet led an international team at the UCL Great Ormond Street Institute of Child Health, researching respiratory problems in childhood, albeit with a severe knowledge gap with respect to architecture, history and art! This did not detract from her fascination and love of Southwell Minster after she came to settle in the area, particularly with respect to the Chapter House. In the past 18 months, she has been helping Canon Nigel Coates and Professor Philip Dixon to develop a new guide book and other educational materials for the Chapter House.