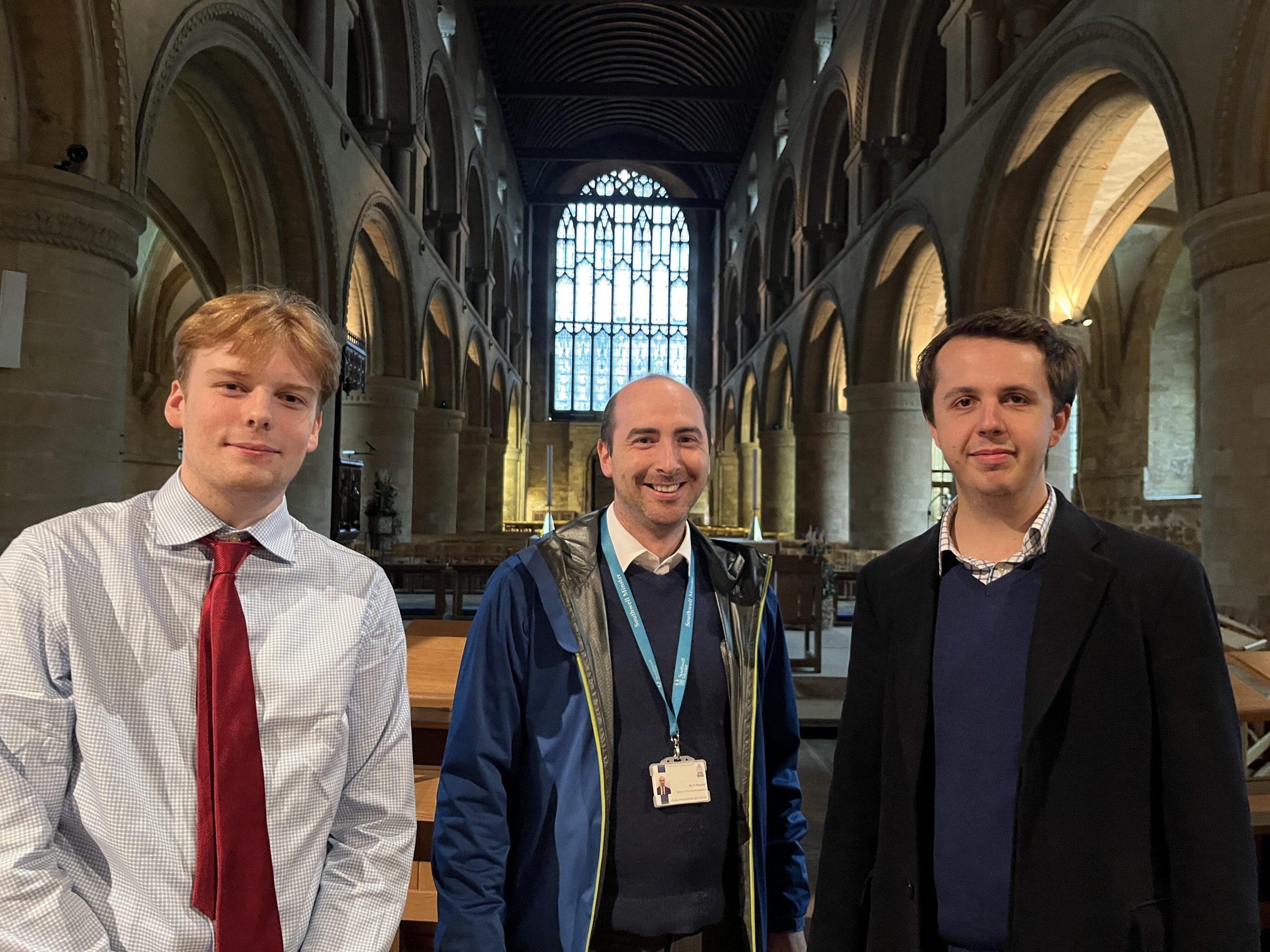 The inaugural Great Southwell Organathon was a hugely successful event! Over the course of 24 hours straight, audiences were treated to performances by TWELVE professional organists, TWENTY-TWO choristers,  FOURTEEN professional singers, and ONE bat, which flew around happily at all the night-time events.

Friday kicked off with a healthy audience for the “Battle of the Organs”, where the three resident organists, Paul, Jonathan and George, put our two organs through their paces. Twelve intrepid people (including four Cathedral Choristers) stayed overnight in the Minster, accompanied by music through the night. They awoke to a tasty breakfast spread of warm croissants, juices and iced buns.

On Saturday there was an amazing buzz in the building as visitors enjoyed everything from film and TV tunes to a hearty sing-along during the “Hymns and Pimm’s” hour. Several former Minster organists came back to play their part, and it was wonderful to see many fond embraces as they caught up with old Southwell friends.

The 24-hour marathon ended with a “Last Night of the Proms” event, featuring the Minster’s very own “Three Tenors” singing opera favourite Nessun dorma, a flamboyant rendition of Rule Britannia with guest soprano Ruth Provost, and plenty of clap-along Proms favourites played on the organ. The highlight was without doubt the Rector Chori’s virtuosic rendition of the Widor Toccata while blindfolded!

We began with the aim of raising £10,000. So far we have raised just over £8,000, and donations are still coming in. The donation page will remain open until the end of the year and so it’s not too late to donate! Every penny will take us closer to our £10k target, so please give as much or as little as you feel able to. Click here to donate

Many people have already started asking the important question: when is the next Organathon?! Watch this space…